The application process for Phetchaburi province to join the Creative Cities Network of UNESCO is reaching its peak. Leading this effort is Governor Phakaphong Tavipatana. By using the identities of Phetchaburi as guidelines, Deputy Governors Wanphen Mangsri has been assign to lead the people of Phetchaburi to stand on the international platforms.

With visions and deep insights from academics, entrepreneurs, public and private sectors, as well as the media, the steering committee has launched its first phase on 27 August 2020. Guided by visions of true Phetchaburians, the 1st phase can be summarized in few words; “The legacy of Food & Art”.

The Food Legacy: If we take a look at the root of Phetchaburian culture, we will find thousands of years of history, which is still alive in the presents. Just like the river flows from Tenasserim Range to the shores of Ban Leam District, the thousand years of histories can still be found alive in the traditional cuisine of today. The earth and water have fused together to create breathtaking melodies of nature. Quality soil and quality water have produced excellent crops, which has been sustaining the people of this land for generations.

The Legacy of Folk Arts: Carrying on the art of artisan, the prides of Phetchaburian people. Our artisans have crafted Phetchaburi into a charming and heartfelt city. Equipped with immense knowledge and skills, the artisans of Phetchaburi are ready to fully support the development of the
city. Let’s polish this gemstone called “Phetchaburi” into a diamond, which stays true to the path of Phetchaburians.

Furthermore, this meeting has also resulted in additional interesting fun facts and valuable ideas, which can be used to guide future actions, such as: integrating knowledge from different parts of Phetchaburi, coordinating between the different relevant sectors, expanding policies to support efficient and effective operations. 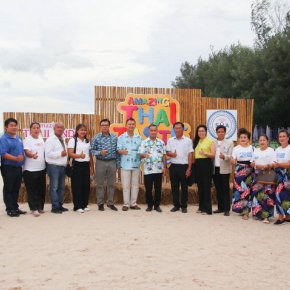 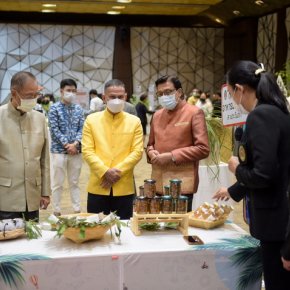 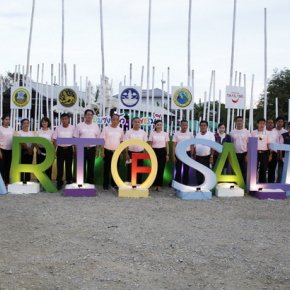 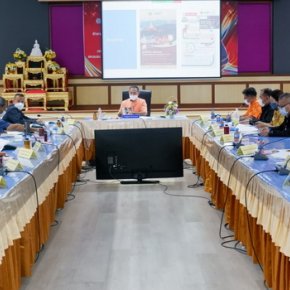